Whether for the boat, RV, cabin, or simply a home BBQ, having a separate, dedicated, ice maker in a small, portable, easy-to-use package can be a must-have item for those warm-weather outings. But with so many options available, how do you know what model is best for you and your family?

To help answer that question, we've decided to take a closer look at one of the most popular portable ice makers on the market today, the Emerson ice maker model ER104001, comparing it against some other well-regarded, top-selling models to see how it stacks up. 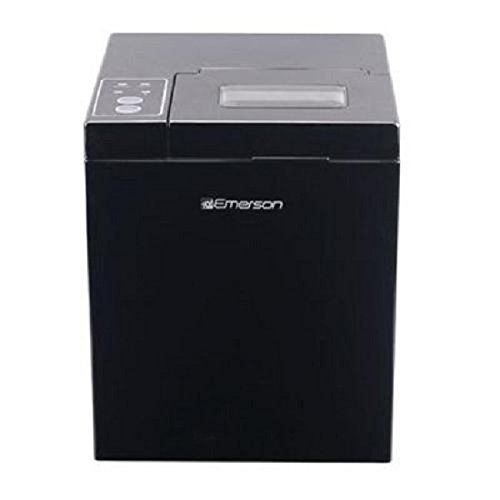 The Emerson ice maker model ER104001 is popular for obvious reasons. It features a no-frills, budget-friendly design capable of freezing up to 22 pounds of ice in 24 hours.

Despite being largely comparable to the other portable ice makers we looked at for this review, the specs on the Emerson ice maker do leave us wanting in a few different areas. For example, while the 22-pounds-per-24-hours output is likely to be adequate for most home users, other models in this review were capable of producing up to 28 pounds of ice per day at not much more cost.

Starting at around $120, the Emerson ice maker is among the cheapest models in our group but not dramatically so, coming in at about $30-50 cheaper than the more expensive models we looked at. One may want to shell out a little bit more money for increased ice production abilities and larger storage capacity in a similar sized package. 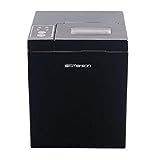 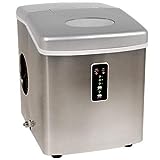 The Edgestar IP210SS1 portable ice maker is available on Amazon starting at about $150 for a model with a black, plastic finish. A stainless steel model is available for around $180. 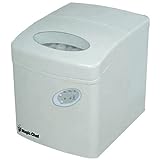 Starting at about $150, the Magic Chef is at the higher end of our price range, but it does include the best warranty of any model we looked at, which says something about Magic Chef's confidence in its product. 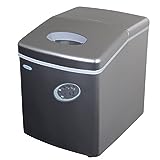 The NewAir AI-100S offers similar performance to the other models at a similar price.

After comparing the Emerson ice maker to similar models, we are hard-pressed to find significant variation among the options.

All of the models we looked at were capable of producing between 22 pounds and 28 pounds of ice in a 24-hour period, which is likely to prove sufficient for the majority of home users under most circumstances.

The various models were also remarkably similar in price, starting at around $120-130 with an extra charge for more popular colors or a stainless steel finish.

However, one of the points that did distinguish the Emerson ice maker, and unfortunately in a negative way, is the surprisingly paltry size of its ice-storing capacity.

Able to store just 0.88 pounds of ice, the Emerson ice maker boasts less than half the ice-storing capacity of some other models we looked at. For example, the Edgestar can store up to 2 pounds of ice.

This means that to achieve maximum production capacity, the Emerson ice maker would have to be emptied rather regularly, which also means there is a need to have a separate freezer or cooler on hand to store that ice.

For these reasons, we've decided to give the Emerson ice maker an overall score of 2.5 stars. With all the models we looked at being highly similar in most ways, the lack of ice storage capacity on the Emerson puts it at a severe disadvantage vis-à-vis these competitors.

With so many different portable ice makers on the market, …
January 31, 2017
9 min read

This site uses Akismet to reduce spam. Learn how your comment data is processed.

As a participant in the Amazon Services LLC Associates Program, this site may earn from qualifying purchases. We may also earn commissions on purchases from other retail websites.